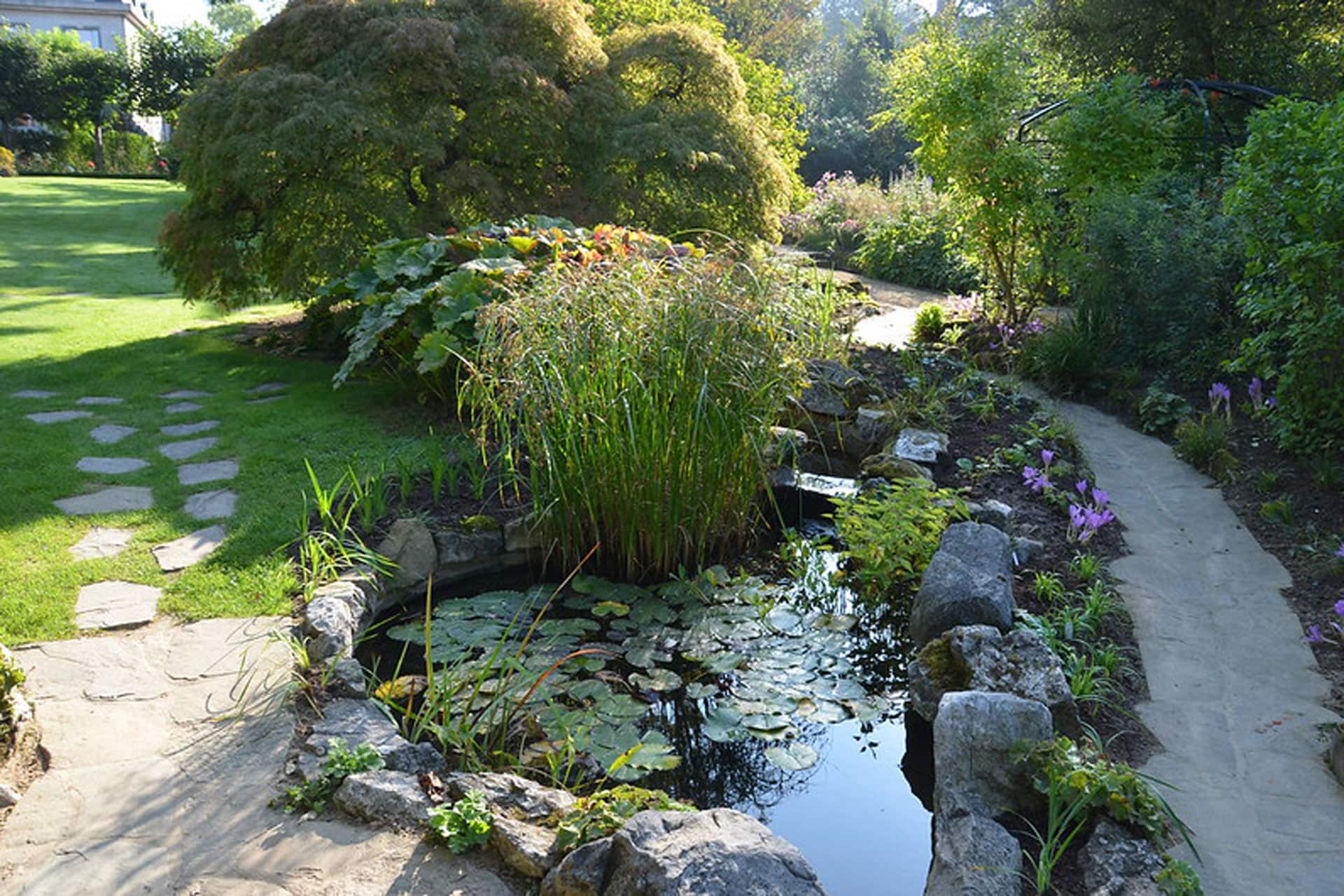 The Picturesque Garden was designed by landscape architect Jules Buyssens (1872-1958). It includes a wide variety of plants and trees, with a significant proportion of exotic species. Created on a steeply-sloped site, the Picturesque Garden plays on the differences in level and perspectives. The importance given to the mineral world – stone slabs, gravel, low brick walls – accentuates the Japanese-inspired influence that was then in vogue and which is also found in certain elements in the house, such as the windows on the ground floor.

Below a flower-covered wall, Jules Buyssens laid out a Large Rose Garden on a former tennis court.

The pavilion at the bottom of the Rose Garden dates from the late 1930s. 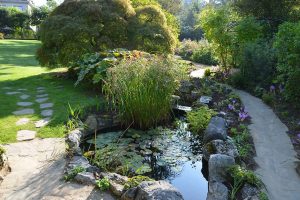 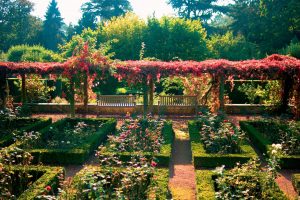 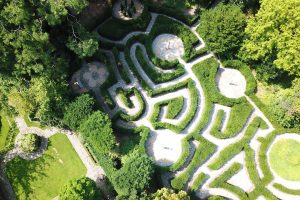 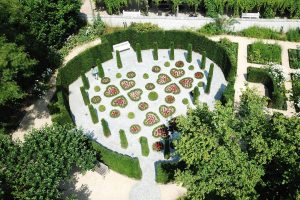 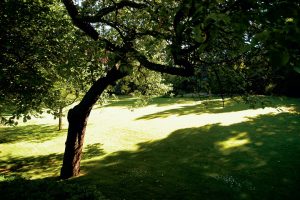 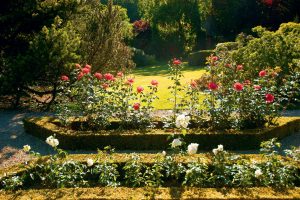