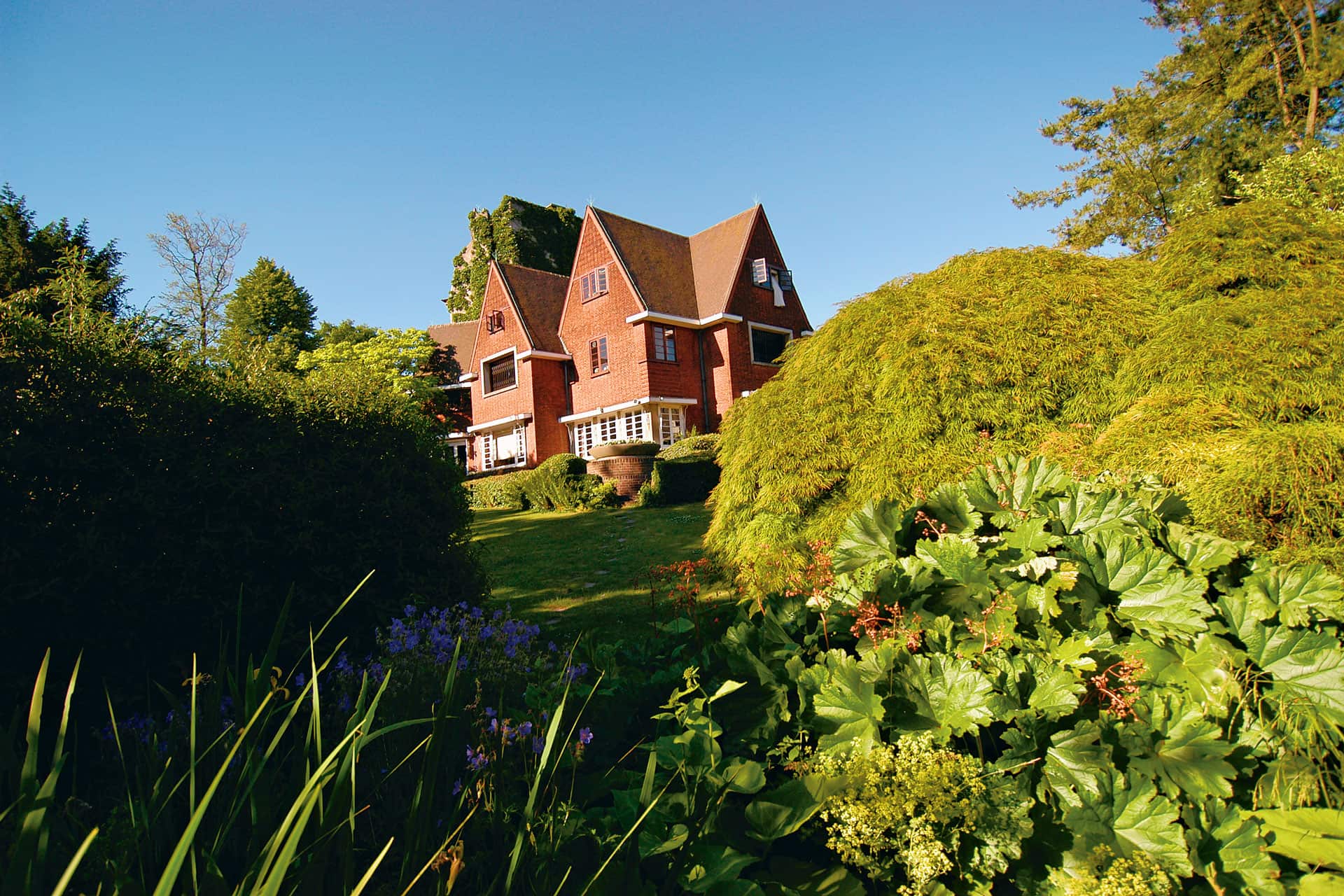 Construction of the house began in 1924 and was completed in 1928. David Van Buuren drew up the plans himself with his nephew, Johan Franco. Architects Léon Govaerts (1891-c. 1970) and Alexis Van Vaerenbergh (1885-?) made them a reality. David Van Buuren was an enthusiast of the “total art” concept of the Amsterdam School. This designation encompassed architects and designers who came together between 1910 and 1930. They created a style of architecture and decorative arts situated somewhere between Art Nouveau and Art Deco. Their aesthetic remained very understated compared to what was being done abroad.

The house was designed in the style of the Dutch villas of the time: asymmetrical façades with different levels, covered in red hollow-pointed hand-made bricks arranged in a subtle interplay of lines. The cornices are overhanging, the window frames project outwards, the gables are pointed and the roofs sloping.