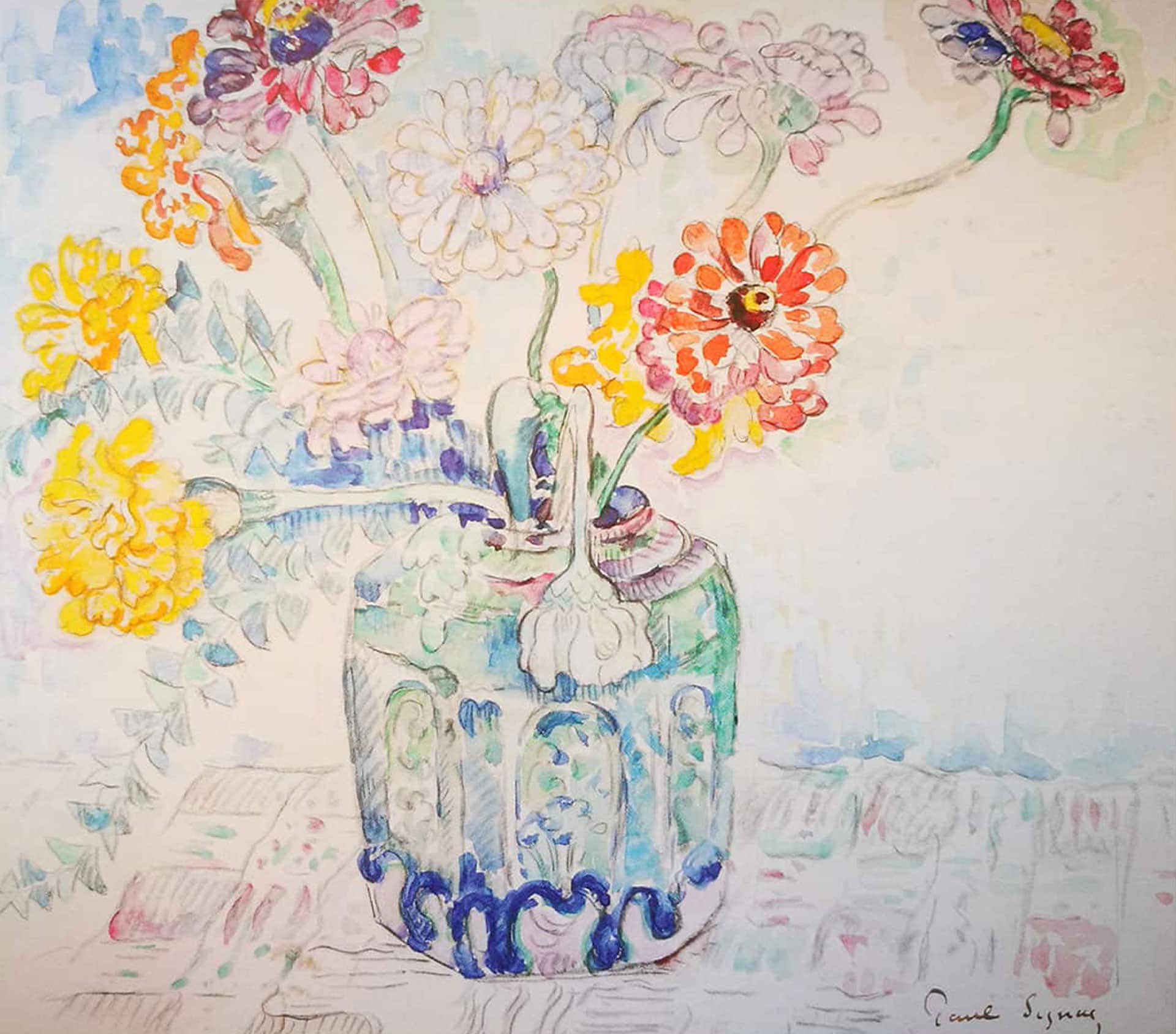 Paul Signac was a friend of Georges Seurat (1859-1891). His painting branched out from impressionism to pointillism and he later became a theorist of neo-impressionism. He brought greater flexibility to the strict principles of Seurat’s divisionism.
For the collection, Alice Van Buuren chose a still life painted in 1918.